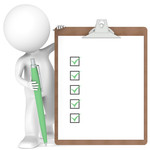 Keith Mayfield, chairman of an AmLaw 100 firm, is reading about a free ABA webinar on May 26 called Checklists for Lawyers: Roadmaps for accuracy and completeness. This webinar features an M&A partner from Skadden Arps talking about use of checklists throughout the firm's practice areas. Keith thinks about his own firm's checklists initiative. 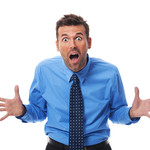 How checklists for legal opinions can improve quality and reduce costs

“You didn't check the by-laws!” exclaims Andy in exasperation to a junior associate at an AmLaw 100 firm. Andy, a capital markets partner, has just been pulled out of a meeting on a new deal to fix a corporate authority problem on another deal that is supposed to close tomorrow. The problem, which was missed by Andy's team, has been belatedly raised by underwriters' counsel at the pre-closing for a $200 million SEC-registered bond issue by Andy's corporate client. The company's by-laws contain an unusual provision, inserted years ago by its recently retired founder, requiring a super-majority board vote for any borrowing exceeding $20 million. The company had not borrowed in many years. As it turns out, the telephonic meeting to authorize the bond issue was attended by only a bare majority of the board.

What good is a checklist in a law firm?

Keith Mayfield, Chairman of an AmLaw 100 firm, is shaking his head as he enters his office. He has just returned from the monthly meeting of the Commercial Finance Group in his firm. This was Keith's practice area before becoming chairman. For the umpteenth time the status update of the Group's standard forms was “no progress”. The assigned partners have been too busy with client work to review the associates' drafts. It's been three years since the effort began. Several of the associates who drafted the forms have left the firm. The forms project has been restaffed at the partner level several times because of the problem of delayed review. One meeting of the assigned partners to address big-picture comments resulted in an unresolved disagreement about how to address several provisions. Clearly there's something wrong with the process, not the individuals. Later that day Keith happens upon The Checklist Manifesto[*] as he's looking for airplane reading at the airport newsstand. He's read it already and moves on, but it gets him thinking.