Should we measure profitability? Let us count the ways – Part 2

Part 1 discussed why it may be a good idea to consider profitability at a more granular level than the firm as a whole, such as by client, matter, practice area or even partner. It also discussed how to allocate some types of expenses at the matter level. This Part 2 discusses allocating general expenses to matters and issues arising in calculating profitability by other sub-units, such as by client, practice area, office and lawyer. Part 3 will describe cautions to be considered in taking action based on profitability data and sharing this sensitive data more widely within the firm. 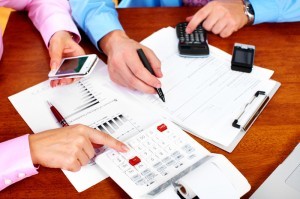 One allocation method for these general expenses is to allocate them to a matter in proportion to the share of firm revenues of the matter. A somewhat more accurate method would be to allocate general expenses to a matter in proportion to the matter's share of direct margin. Direct margin is revenues minus the specifically allocated expenses discussed in the previous section, such as timekeeper compensation and occupancy expense.

Expenses that are actually tracked to matters (because they may be billed as disbursements) should, of course, be allocated specifically to those matters. For example, if the firm tracks subscription usage by matter (whether or not billed to clients), that usage as a percentage of total firm usage for the subscription service could be the basis for a specific allocation to the matter.

A problematic area in these profitability calculations, though, is the accuracy of some of the sub-unit data. The calculations require associating matters with sub-units. For example, matters can be associated with a practice area, type of work, type of fee arrangement, client, billing partner or supervising partner. 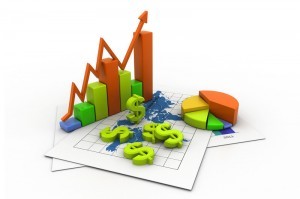 For example, is practice area and type of work information typically completed by a partner's assistant during the new matter intake process, without review by the partner because the information isn't used for anything the partner directly cares about? In that case, practice area and type of work information should be considered suspect. Similar issues may exist for other sub-units, such as a fee arrangement designation for a matter. In each case, the reliability of the data should be investigated before using it as a basis for profitability calculations. In some cases, it may be worthwhile to embark on a separate project to improve the integrity of that data, at least prospectively. Knowing the information will be used to calculate profitability is one way partners can be induced to improve data accuracy.

Profitability by lawyer and office

Profitability by lawyer and office is calculated similarly to profitability by matter:  revenues and expenses are allocated to offices and lawyers. Similar specific and general allocations that need to be made are discussed below.

Revenues for a lawyer are the lawyer's proportion of each matter's collections, based on the lawyer's relative work on the matter at standard rates (hours times billable rate for the matter).

Revenues by office can be calculated as the sum of revenues for each lawyer resident in the office.

For purposes of calculating profitability by lawyer, the lawyer's compensation and benefits would be specifically allocated to that lawyer. As discussed in Part 1,  lawyers who work more hours in a year (in other words, have a higher utilization) will show greater profitability than equally compensated lawyers working fewer hours on comparable matters. This is because the attributable expenses of the harder-working lawyers are lower, driven by their greater number of hours. This is a desirable result when calculating profitability of practice areas and offices, because it creates an incentive to utilize underworked lawyers by attracting new work or reducing headcount. It is probably not appropriate, however, when calculating profitability at the individual lawyer level,  because the individual lawyer (at least at the associate level) generally has little ability to control the availability of new work. In calculating profitability by lawyer, the firm's target annual hours per category of timekeeper would be more appropriate than actual hours.

In calculating profits per office, instead of using the two-step method used above for matter profitability – allocating occupancy expense first to lawyers then to the office – occupancy expense could be allocated directly to each office.

Other expenses would be allocated to lawyers or offices using the overhead allocation method discussed above for calculating profitability by matter, such as on the basis of relative direct margin.

The next post will describe issues to be considered in taking action based on profitability data. It will also discuss cautions in sharing this sensitive data more widely within the firm.