This is Part 2 of a two-part series. In Part 1, the Chairman of a growing AmLaw 100 firm learns that its practice group intranet sites are outdated and unused, contributing to inefficiency, uneven quality and bad associate morale. He comes to the conclusion that the fix must be led by the practitioners, not the IT Dept., and starts down the path of making that happen, selecting one practice group as a pilot. At the end of Part 1, the chair of that group inventoried the existing internal and external practice resources of the group (including paper resources), which will be included on the site.

This Part 2 describes the remaining steps take to establish the pilot intranet site in the commercial real estate group, and reviews the results of the project. 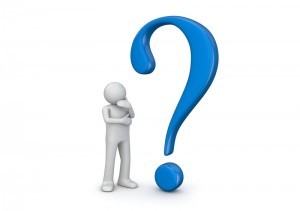 Having compiled a list of the commercial real estate group's existing internal and external resources, Tony, the group's chair, gets input from partners and associates at the group's next monthly meeting as to which of those existing resources are most important. He also asks what new resources the group's lawyers would like. Two or three ideas become projects to add in a future phase of the intranet, such as a database of internal firm experts on various subjects.

What will drive site traffic?

Based on the practice group meeting, Tony develops a good idea of the three most important internal resources that will drive users to the site. He makes a note that Carlos, the associate tasked with supporting the group's intranet, should make it a priority to keep these current.

Tony considers whether any of the resources are too sensitive for access by all in the firm. While he can envision future resources that may be limited to partners, he concludes that all the current resources should be available to all within the firm. If the project succeeds, he will want other practice groups to be able to view his group's intranet for inspiration.

Tony, Carlos, the IT Director and head librarian together design the organization and content of the practice group's home page, including how users will navigate within the site and what will link to what. They also design the most important secondary pages, as well as the concept of how search results will be displayed. Someone on the IT Director's staff attends their meetings and documents the decisions.

With help from an outside web design firm, the same 4-person working group agrees on the actual graphic elements of the real estate group's new intranet. A mock-up is created.

The working group also agrees on the site traffic statistics to be collected. They decide they want to track clicks on all parts of the site, and be able to filter results by time period, seniority of user (partner, associate, other), practice group and office. They also agree on what reports will be produced, their frequency and to whom they will be circulated. Carlos is given the job of reviewing these usage reports (which will be issued quarterly) and recommending appropriate adjustments in the prominence of site elements, additional training or additional site promotion.

Some content, such as the filing cabinet of materials, must be brought up to date. Carlos is given the task of identifying holes and tracking down additional materials.

Tony urges the group to do better at responding to the marketing department in reporting on closed deals, in order to improve completeness of the transactions list. He personally calls the lawyers who have been repeatedly unresponsive. He also persuades many of his partners to beat the drum with associates.

Most of the existing resources must also be automated or reconfigured in some way to feed the new intranet site. The content creators for those resources must be trained on new workflow for loading their content onto the site. Minimizing the workflow changes for these people is a goal of the effort.

For example, instead of using e-mail to spread the word in the group about current developments, it has been decided to publish those announcements using blog-like software. Posts will continue to be issued via e-mail, but will now be retained in an archive, organized by topic and date, that can be searched by group members.

Tony assigns an associate to take notes at the group's monthly meetings about current developments and other noteworthy discussions, so this information can be posted on the intranet.

The paper materials in the filing cabinet will need to be scanned and made available on-line. Initially, the practice group intranet will link to a simple list with subject headings and basic word search capability (or perhaps to a special workspace in the firm's document management system). In a future phase the firm may consider creating a more sophisticated knowledge base permitting filtered searches based on a pre-established list of subject matter and other categories. (See my earlier post on building a knowledge base:  Finding our work product should be as easy as shopping on Amazon.com.)

The IT Director engages an outside technical firm to assist in the actual building of the web site. The technical team meets periodically with Tony and Carlos as they have questions that can't be answered by the design mock-up and functional specifications, and to get Tony and Carlos' reactions to the site as it is being built.

While the site is being built, Tony and Carlos design and document the procedures to be followed for updating each section of the site, including who is responsible. In the case of existing content, the current creators of that content are named as the responsible parties.

Carlos is assigned the responsibility to (a) make sure the traffic-driving resources stay fresh, (b) fill in other gaps, such as more conscientiously staying on top of new developments, and (c) monitor quarterly site traffic statistics and propose responses, such as demoting or promoting the prominence of sections within the site, marketing under-used features or offering remedial training.

Test, then roll out 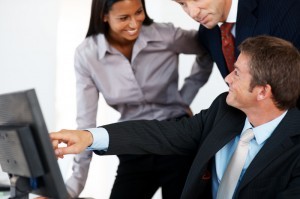 The last step in the process is to test the completed practice group intranet site with a handful of lawyers within the group. Some bugs will need to be fixed and some changes will be requested.

When testing is complete, the intranet site is introduced with a demonstration at a practice group meeting and a few brief training sessions. Tony uses every opportunity in his e-mail communications with the group to promote the site and its functions. He makes the site a brief agenda item at the group's monthly meetings. He has been advised that adoption will be slow, even with a successful site, and that lawyers will not turn to it until they actually need something. Reminders of what it can do will need to be made repeatedly.

A year later, Keith is pleased. The commercial real estate group's new intranet is successful. Usage is high. Word-of-mouth is good. Tony is working with Carlos and two other associates to add a social networking feature to the site.

Three other practice groups are actively working on their sites. With the experience of the real estate group, these projects are moving much faster. The gating factor continues to be availability of the practice groups' lawyers to provide required input. On the advice of Tony, the chairs of those groups did not begin serious work until they'd drafted an associate to perform the updating role that Carlos plays in the real estate group.

Several other practice groups have wanted to start intranet projects but are having trouble lining up associates to perform updating. Convinced at how important these sites can be to geographically dispersed practice groups, Keith is seriously considering allowing a few of the larger practice groups to hire a former practicing lawyer to update their sites and perform other knowledge management tasks.