This is Part 1 of a two-part series. In this part, the chairman of an AmLaw 100 firm learns the purpose and key benefit of after-action reviews. In Part 2, he learns other benefits the reviews can bring, as well as when and how they should be conducted. 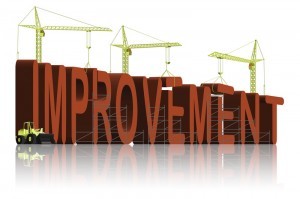 “Why are people talking about after-action reviews?” wonders Keith Mayfield, chairman of an AmLaw 100 firm. The topic has been coming from many directions recently. One of his lateral partners has just left his office after suggesting the firm begin after-action reviews for all matters, as they did at the partner's previous firm. Last week Keith lunched with the general counsel of a prospective litigation client, who asked whether the firm regularly conducts after-action reviews. Last month Keith attended a managing partner leadership meeting, where he now remembers the subject came up briefly during a breakout session. Keith's now curious to learn more.

Keith calls the consultant who ran the breakout session, who has law firm experience, to ask why after-action reviews are being talked about.

What is an after-action review?

After-action reviews have been common in other professional services firms for a long time, explains the consultant. Law firms are playing catch-up. For example, accounting and management consulting firms regularly conduct these reviews. Some law firms do as well, and the trend is continuing.

After-action reviews focus on lessons learned. They address these questions:

The most important step is the last one – identifying and turning into actionable items the lessons learned in the matter. Holding the review meeting and putting a memo in the files serves no purpose. The learning must be applied to future matters.

What is the purpose of after-action reviews in a law firm?

After-action reviews can serve many purposes. The main purpose, as described above, is to enable the firm or practice group to learn by considering what went right and what went wrong, so they will do it better next time. That leads to greater efficiency, better financial results for the firm, greater client satisfaction and improved lawyer morale.

The review sessions can also be the occasion to collect important information about the matter that will be useful in conducting future matters, such as the important substantive legal issues addressed (for a searchable database) or the main fee drivers for various phases, such as number of depositions or areas in which due diligence was conducted (to assist in future fee estimates and budgets).

How can we do it better next time? 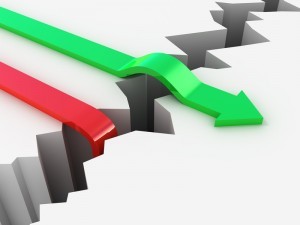 Legal project management. After-action reviews are an important element of legal project management. The team sits down after completion of the matter or a key phase in the matter and discusses lessons learned – what was right and wrong about what the team did that can be used to improve future matters. Egos and defensiveness must be left at the door. The focus is on what happened, not who caused it to happen.

Share the results. For teams that work together regularly, the lessons learned become incorporated into the team's future work simply by virtue of the team members having attended the meeting. For most law firms, though, teams are assembled specifically for a matter. There needs to be a way for the lessons learned from their after-matter reviews to be shared with the other lawyers in their practice group. Regular practice group meetings would be a good forum for this sharing. Alternatively, special periodic meetings could be scheduled to hear reports of lessons learned from after-action reviews.

Topics for discussion. Possible topics to consider during an after-action review when comparing actual outcomes to upfront objectives of the matter are:

Among the lessons learned from discussions of these topics could be:

In Part 2, Keith learns other benefits the reviews can bring, as well as when and how they should be conducted.