All law firm leaders know what they should do, but almost half aren’t doing it, survey shows 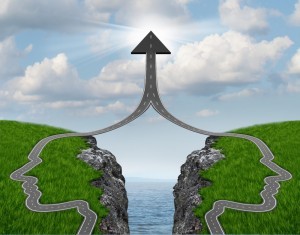 There are gaps between what law firm leaders acknowledge they should be doing and what they are actually doing, according to Altman Weil's annual “Law Firms in Transition” survey, released last week. For example, while 96% of respondents believe more price competition and a focus on improved practice efficiency are permanent changes in the law firm environment, only 55% of firms with 250 or more lawyers have significantly changed their strategic approach to efficiency in delivery of legal services.

This post comments on improving efficiency in delivery of legal services, then presents a summary of the full survey, which also covers other topics.

Law firms regularly reinvent the wheel. We know it, but we aren't sure quite what to do about it. Even when we know what to do, we aren't sure how to get our lawyers to make the necessary contributions. Some of us have knowledge management departments but the results seem often to fall short, despite significant expenditures on technology and a staff of former practicing lawyers.

Our legal practices can in fact become more efficient:

Practice efficiency improvements should start at the practice group level, preferably with a pilot group or two. A sit-down with a handful of engaged lawyers in a practice group can quickly generate a list of good ideas.

Those ideas then need to be ranked based on difficulty and value, so that scarce lawyer time can be devoted to those that are high value, and can start with the least difficult.

Accomplishing practice group efficiency using this approach is discussed in my 3‑part post “How to improve law firm efficiency? – Pt. 1 Ask the lawyers what's needed; Pt. 2 – Ask the lawyers about priorities, but don't ask them to help; and Pt. 3 – Make a plan that minimizes dependence on lawyers”.

In addition to the ideas that emerge from the practice group efficiency meetings, the following should be considered:

Personality studies have shown that compared to the general population, lawyers have: 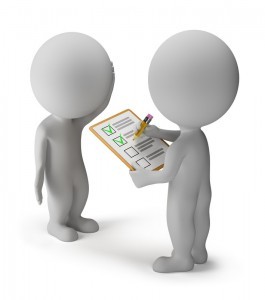 There are many techniques to overcome these personality traits. The step of consulting practice group members about efficiency improvement ideas, discussed above, not only produces idea but also creates needed buy-in on the part of the lawyers. Continuing to involve them as the efficiency projects progress is also important. Having group meetings where their commitments are made public among their peers is a strong motivator. Visible involvement of senior management is also important. Harnessing their natural competitiveness by comparing progress of various lawyer teams can also help. These and many other techniques are discussed in my 3-part blog post “Using psychology to improve practice efficiency”.

The Altman Weil survey of managing partners and chairmen, including those at 34% of the 2012 AmLaw 200 firms, covered eight topics. The questions regarding transition & change and clients & value showed some striking gaps between beliefs and actions.

Beliefs. More than two-thirds of respondents believe the following legal market trends will be permanent:

Two-thirds of respondents also believe the pace of change will increase. They are reasonably confident their firms are prepared to keep pace with the challenges of the new legal marketplace (7 on a scale of 1 to 10).

Actions. Strikingly, actions did not match beliefs. Only one-fifth of firms with 250 or more lawyers have significantly changed their strategic approach to pricing. Only half have changed their approaches to efficiency of legal service delivery, and to partnership admission and retention standards. Instead, three-quarters have focused on the short-term strategy of overhead cost management.

Beliefs. Half the respondents believe corporations are putting at least a moderate amount of pressure on law firms to change the value proposition in legal service delivery, as opposed to simply cutting costs.

About half the respondents' firms have tightened their standards for admitting equity partners since 2009 or adhered to existing standards much more rigorously.

Over 90% of firms with two-tier partnership structures do not have an “up or out” policy for non-equity partners. Almost three-quarters of respondents believer fewer equity partners will be a permanent trend going forward.

About 90% of responding leaders believe more commoditized legal work will be a permanent trend going forward.

Half the respondents believe growth in lawyer headcount is a requirement for their firms' continued success.

One-quarter of respondents have a formal succession planning process in place, half have an informal or ad hoc process and the rest have none or are working on one.

Two-thirds believe their firms' realization rates will be up in 2013 from the prior year, which is similar to the results of surveys from the previous two years.

Over 90% of law firms with 250 or more lawyers require approval before partners may offer discounts, either at all or above a certain percentage or dollar amount. The median proportion of legal fees attributable to discounted rates is about one-third. More than half the firms generated over 10% of their fees from non-hourly based billing in 2012.

80% of respondents believe more non-hourly billing will be a permanent trend going forward.

Almost two-thirds of respondents reported that gross revenues were up in 2012 vs. the prior year, in line with surveys from the previous two years. About half reported overhead costs were up.

Altman Weil categorized responses to an open-ended question about firms' single greatest challenge in the next 24 months. No one reason predominated. Increasing revenue, new business, growth and profitability were each mentioned by more than 10% of respondents. Other reasons included change management, cost management, attracting client value, economic pressure and succession planning (5-10% each).

The published survey results covered 34% of the 2012 AmLaw 200 firms. Firms with 250 or more lawyers represented 29% of the respondents.