Realization rate vs. profitability – what’s the better metric at the matter level?

Keith Mayfield, chairman of an AmLaw 100 firm, is debating with his management
committee the pros and cons of introducing to his firm's partners the metric of profitability of a matter rather than realization rate, the metric currently used.

Reasons to focus on profitability 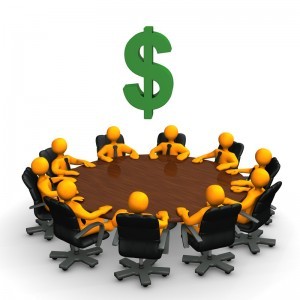 In other words, realization rate measures only the revenue side, whereas profitability also takes into account expenses attributable to the matter, driven principally by the lawyer resources used.

Keith also believes focusing on realization rate can lead to perverse incentives. In the interest of coming in at a lower overall fee, the partner could overweight the matter with partner time, in the belief that even at their higher billing rates the partners will be sufficiently more efficient that they will do the work more cheaply than the associates. Sometimes this is true and sometimes it isn't. Where it is true, there may be valid client-satisfaction reasons for pursuing this approach. The firm nevertheless needs to be aware of the effect of deleveraging on the matter's profitability, which will be a greater dollar impact than merely the reduction in fee.

Concerns about using profitability as a metric

After pressing these points, Keith gets pushback from several management committee members:

In response, Keith first reviews how each of the two metrics is calculated. [The management committee debate resumes below after this explanation.]

What we mean by realization rate and profitability

Fortunately, the firm has software that can readily perform these calculations and present them to any partner in a dashboard format. The software can compute profitability by matter, by practice group, by office and even by lawyer. What each partner is allowed to see can be controlled. For now, Keith is proposing that the firm's partners be able to see the profitability only of the matters for which they have billing responsibility.

Realization rate can be computed for a matter or for the firm as a whole.

While profitability is most commonly thought of by the firm's partners as profitability of the firm as a whole, it can also be computed at the matter level.

To compare profitability across matters of varying fee amounts, profitability should be expressed as profits per notional partner working on the matter (by which we mean equity partner; calculation details can be found here). The computation involves allocating direct and indirect expenses of the firm to each matter, using allocation methods appropriate for each type of expense, subtracting those matter expenses from fees collected and dividing the result by the notional number of partners working on the matter (which is computed using partner hours for the matter). The total of profits per partner for all matters during a year will equal profits per partner for the entire firm that year.

How these metrics fit into the law firm economic model

Profitability at the matter level can also be expressed in terms of the law firm economic model, in which profits equal the product of realization rate, average standard billing rate, leverage, margin and utilization. A further discussion of this model can be found in a brief summary here, as well as in my recent article published by Ark Group (Showing the positive effect of KM in law firms), and in a previous blog (Should we measure profitability? Let us count the ways).

Leverage – the key difference between realization rate and profitability

The law firm economic model shows that profits per partner takes four additional variables into account beyond merely realization rate. The main practical difference, though, between realization rate and profitability is due to the Leverage variable. Margin and Utilization probably won't vary nearly as much across matters as Leverage will.

In practical terms, this means that if matter A and matter B involve the same number of timekeeper hours, same billing rates and same realization rates, but matter A uses more associates in the mix than matter B, matter A will be the more profitable one. Matter A will also produce slightly lower fees for the client, because of the associates' lower billing rates. Leverage is the secret sauce.

After Keith's summary of the realization rate and profits per partner metrics at the matter level, the management committee debate becomes even more lively.

“There's no way our partners will understand the law firm economic model,” says the committee member who questioned partners' ability to understand matter profitability. “I admit, I barely understand it! Using that to explain how leverage improves profitability won't fly.”

Any metric is better than no metric

“I think we need to start really simple,” says the committee member who raised concerns about divisiveness when partners compare profitability of matters. “Any metric is better than no metric, which is essentially what we have now. We haven't done enough to educate partners even about realization rate. They forget that we measure the collected percentage against our full billing rates, so a standing discount to the client reduces realization rate even before they negotiate a discount for the matter.”

“We need to pro-actively report realization rate to them on every matter, and show where they stand in relation to the firm average and firm goal,” says another committee member. “Until they fully understand realization rate, they're not ready for profitability.”

“If we introduce a new metric that we want partners to follow,” says the high producing committee member who asked for profitability to be explained, “we'll need to make that an incentive in our compensation system. Whether or not they fully understand the metric, they'll work towards it if that affects their comp. And they'll ignore it if it doesn't.”

That seems to put a halt to the discussion. Everyone knows he's right. They also know changing the comp system would take time and effort.

Being a good leader, Keith knows he can't push his profitability metric without a consensus. He also knows he has to persuade the management committee before he can get the rest of his partners to accept the new metric. Keith is generally prepared for the objections he receives, though, and prior to the meeting has made a plan that addresses those issues.

“Here's what I hear you saying,” Keith responds, presenting his plan as a response to the committee members' concerns, so they will feel it is their plan and he will thereby gain their strong support.

“First, we need to accompany the introduction of the new profitability metric with an education program for partners, in order to gain buy-in. We should include further education on realization rate, which covers only the revenue side, as well as on the profitability metric, which also takes expenses into account.”

“Second, we should introduce the profitability metric on an information-only basis, as a supplement to the realization rate and other information currently reported to partners about their matters.”

“Third, after a year or two of education and reporting using the new profitability metric, if the metric has gained credibility and acceptance, we could give a year's notice that it will be used in partner compensation, and then do just that.”

Most of the committee members nod in agreement, though the few inevitable skeptics remain. “I'll propose details at our next meeting,” Keith concludes, “such as who should get what profitability information and how we should best socialize these proposals with our partners.” Keith understands that before finalizing the proposal at the next meeting he needs to neutralize the remaining skeptics so they won't try to undermine the new initiative, even if he can't bring them into agreement. He'll work on each one individually, and is confident he knows them well enough to offer each person something he or she wants in exchange for neutrality. After finalizing the plan at the next committee meeting, Keith plans to introduce the new metric at the upcoming annual partners' meeting.