What good is a checklist in a law firm?

Keith Mayfield, Chairman of an AmLaw 100 firm, is shaking his head as he enters his office. He has just returned from the monthly meeting of the Commercial Finance Group in his firm. This was Keith's practice area before becoming chairman. For the umpteenth time the status update of the Group's standard forms was “no progress”. The assigned partners have been too busy with client work to review the associates' drafts. It's been three years since the effort began. Several of the associates who drafted the forms have left the firm. The forms project has been restaffed at the partner level several times because of the problem of delayed review. One meeting of the assigned partners to address big-picture comments resulted in an unresolved disagreement about how to address several provisions. Clearly there's something wrong with the process, not the individuals.

Later that day Keith happens upon The Checklist Manifesto[*] as he's looking for airplane reading at the airport newsstand. He's read it already and moves on, but it gets him thinking.

What if his Commercial Finance Group produced checklists instead of standard forms? Keith thought about different types of checklists – checklists summarizing important provisions that should be included in a particular type of agreement; checklists of steps for completing certain types of matters or parts of matters, such as due diligence; and checklists of all the documents required for a certain type of matter.

After landing, Keith calls a consultant he's used from time to time to discuss the idea. The consultant, a former law firm partner himself, believes that checklists and good precedents are almost always preferable to creating standard forms. They produce 80% of the value with 20% of the effort, according to the consultant. What follows is a summary of the consultant's advice delivered at a subsequent meeting with Keith.

Don't fall into a black hole

For most transactional practice areas at larger firms, standard forms are generally not appropriate. Creating more standard forms tends to be one of the first suggestions when a group of lawyers gets together to discuss how to make their practice more efficient. Yet this is rarely a good idea.

Standard forms make sense only for situations that are highly repetitive, such as consumer transactions, or that require a high degree of consistency, such as legal opinions, which are controlled by firm policies. In these cases the effort involved in creating the forms is more than offset by the improved efficiencies and quality control. Most work undertaken by larger firms is not worth the effort to create a full-fledged standard form.

Standard forms projects rarely get completed. Forms require a time commitment from the practice's best, and therefore busiest, partners. Deciding on forms to prepare and recruiting a promising associate to draft them is not difficult. Getting several senior partners to review the forms, the alternate provisions and the drafting notes – and to agree among themselves – is nearly impossible. Forms projects can become black holes. Years can pass with no usable results.

What good is a checklist?

The kind of checklist envisioned is one that describes the key provisions of an agreement or other document – in effect, an anatomy of the agreement. It has more content than the type of checklist contemplated in The Checklist Manifesto. The checklist will be used by the draftsperson to gain an understanding of the finer points of the key provisions. It tracks the main section headings of the agreement, and perhaps important subsections. It includes cross-references to secondary explanatory material, such as a useful firm memo, relevant article or section of a treatise.

When reviewing a draft, it is easy enough for an experienced lawyer to correct or improve what's been drafted. It's much more difficult to spot what's missing, whether it's something as supposedly obvious as the choice of law or choice of forum provision or something more subtle such as an alternate provision that should be used in the present instance. The checklist will be used by the senior reviewer to ensure that nothing's been left out.

A checklist is also more useful than a standard form in assisting the firm's lawyers in reviewing an agreement drafted by others.

Because they are more streamlined, checklists can also be more nimbly revised than
standard forms. For example, comments and suggestions from users can be incorporated into a future version of the checklist more easily than into a standard form, both from drafting and internal approval perspectives. Similarly, changes in market practice or applicable law can be reflected more quickly.

Enhance the checklist with precedents 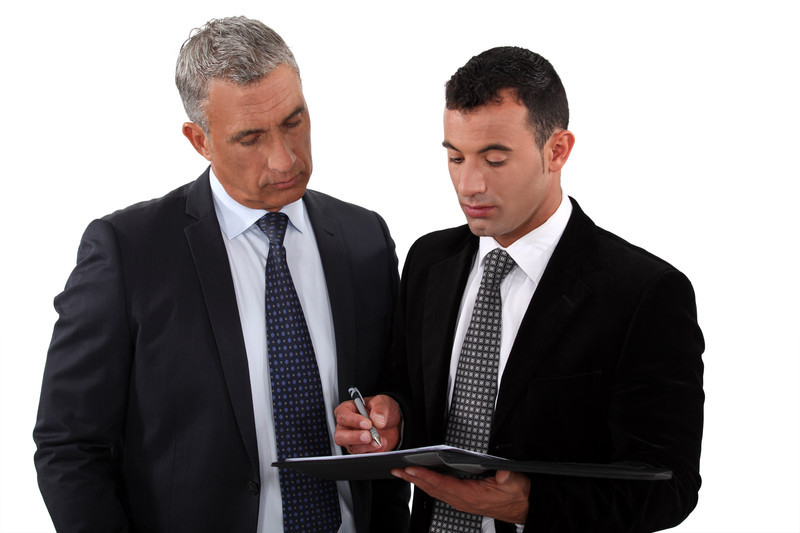 In order to assist the draftsperson with actual language for provisions, it should be accompanied by example agreements from actual transactions – in other words, precedents. Those precedents should be accompanied by commentary that explains why the precedent is useful. For example, it has a good basic structure for a pro-buyer (or pro-seller or neutral) agreement. Or it has a good example of a specific type of provision.

Lawyer resources will still be required, though at a reduced level

The difference is that the checklist project will produce usable work product much sooner than a standard forms project. In fact, while the first version of the checklist is being used by the practice group, an enhanced second version can be developed. For example, commentary can be added for additional or alternative provisions, and related precedents and possibly secondary sources can be tracked down.

If desired, the checklist could ultimately become a standard form with commentary. While that's not a reason to start a checklist project, it's a way to convince skeptical colleagues to start with a checklist approach. The checklist is not a detour but instead an intermediate step on the same path, which produces usable work product sooner.

Other types of checklists

This kind of process checklist can serve as a master roadmap for the matter, as an aid to training less experienced lawyers. It could also be used on a more real-time basis as a status reporting tool. If made available on-line, lawyers working on the matter could post status updates for the various steps in the matter, enabling the senior lawyer on the team quickly to assess where things stand for purposes of managing the team and reporting to the client.

Yet another type of checklist would list all the documents needed in the matter – essentially a closing checklist. By including assignments of primary responsibility to the firm and various other parties involved in the matter it could also be used as a status tracking tool, as well as enabling the relevant lawyers on the matter better to manage the production and finalization of documents.

After listening to the consultant's advice, Keith decides to start a pilot program with his Commercial Finance Group, whose chair is enthusiastic. They select two types of checklists. The first is an anatomy of a credit agreement, which is the agreement for which the standard form is furthest along. The second is a checklist of steps for conducing due diligence on the borrower in a commercial loan transaction. They assign a new partner-associate team to each.

In two months the due diligence checklist is posted on the Group's intranet. By the time the credit agreement checklist is posted in another two months, they have enough user comments on the due diligence checklist to begin working on another version. On the basis of these results, the Group's chair establishes several other checklist initiatives. Not all move smoothly, but most produce useful results within a few months. After a year, the Group is on the second version of several checklists and is committed to the approach.

Keith is convinced that through checklists, benefits can be realized much sooner than with standard forms, at a fraction of the effort and without precluding continuing on to create a standard form (as unlikely as the latter is to be completed). He pushes for other groups within the firm to begin checklist projects, holding out the success of the Commercial Finance Group efforts as a testimonial.