Why changing law firm culture is like treating cholera

“How can I change the culture here?” ponders Keith Mayfield, chairman of an AmLaw 100 firm. “I want this firm to be more open to new ideas about how we work, especially changes that can make us more efficient,” he thinks to himself.

Keith has just finished reading an intriguing article that explains why some innovations take a long time to take hold, and ways to speed that up. For example, two dramatic medical innovations in the mid-19th century illustrate contrasting acceptance periods.

Surgical anesthesia caught on immediately. Within six months it was being used in most regions of the world. In contrast, only a few years later the discovery of the life-saving benefits of antiseptic liquids and procedures in surgery had virtually no impact. Despite the fact that infection killed as many as half the patients who underwent major operations, it took almost 50 years for antiseptic methods to become an accepted part of surgical practice.

The article[1] Keith read, authored by the surgeon who wrote the bestselling Checklist Manifesto[2], explores why these very different results occur and, more importantly, how to overcome resistance to these “slow ideas,” as the author calls them.

The article observes that innovations that stall are the ones requiring tedious work with no immediate benefit to the person investing the effort. This exactly describes the challenge presented by many law firm initiatives.

For example, consider an initiative to collect basic data about the firm's matters. Lawyers are requested to complete forms at the end of each matter. If the data were accurate and complete, powerful results could be achieved. Lawyers could more quickly find relevant precedents by linking the data to the document management system, so searches could be limited to documents for similar matters. Internal experts on particular types of matters could be more readily found. Fee benchmarking could be based on similar matters.

Yet despite the firm's efforts to describe the potential benefits, getting these data forms completed is a struggle, even though it takes only 15 minutes for a junior lawyer to complete the form.

How to speed up “slow ideas”

The article describes how acceptance of one of the most important medical advances of the 20th century was successfully speeded up in Bangladesh.

Death rates from cholera commonly reached 70% in the 19th century. The cholera bacteria cause the body rapidly to lose fluid through the intestine, causing death by dehydration. Drinking water is ineffective, because the affected intestine won't absorb it. Intravenous treatments at the start of the 20th century reduced mortality to 30%. In 1971, oral ingestion of a simple solution containing sugar and salt in precise proportions proved so effective in an Indian refugee camp that only 3.6% of the affected population died.

Despite the fact that this remedy could be easily prepared and administered at home, for 10 years it failed to catch on. What finally worked was a nationwide effort in Bangladesh going door-to-door to talk about the remedy. The pilot program reached 60,000 women in 600 villages. A team of 14 workers visited every household. Based on success of the pilot, the Bangladeshi government took the program nationwide, deploying thousands of workers region by region, to more than 75,000 villages. The program was extremely successful. Child deaths from diarrhea plummeted.

In contrast, countries that tried to achieve acceptance of the new approach through advertising and other arm's length methods failed.

What worked was people talking to people. People follow the lead of other people they know and trust. It takes work to do this on a large scale. This is how culture change occurs, though. 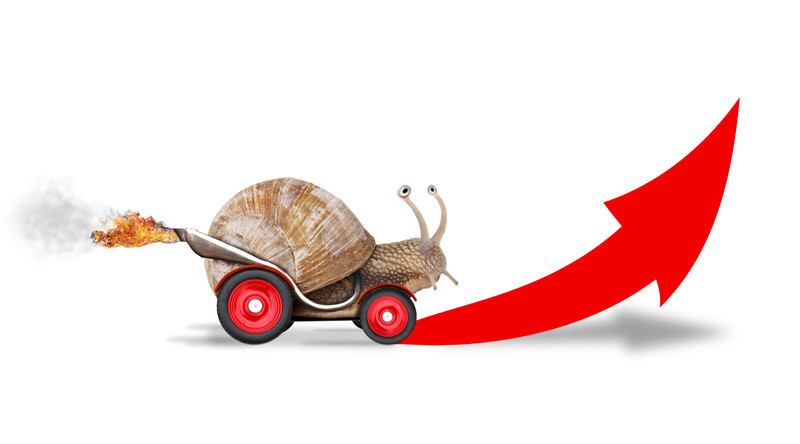 The law firm equivalent of spreading the cure for cholera is getting lawyers to accept
change and new procedures within the organization. Getting the new norm to be “we fill out our data forms after every matter” requires firm leaders to proselytize their practice group heads, requires those heads to lobby the partners and senior associates in their groups, and requires those lawyers to set the expectation with the junior lawyers that those forms must be completed. That's a lot of talking. It's much more work than the firm chairman sending an e‑mail.

Studies[3] have shown that lawyers score low on sociability – forging new relationships and interacting with others at work. This makes the required persuasion in the field especially challenging to accomplish in a law firm. Merely being aware of this challenge can help address it by setting expectations that real work will be required.

New norms can actually be achieved if this kind of effort is expended. Whether the effort is worth it depends how badly the firm wants the change. Maintaining the new norm generally requires very little work.

Putting these concepts to work

To Keith Mayfield, the AmLaw 100 firm chairman, improving law firm efficiency seems like a change worth this kind of effort. He knows in his heart that much can be done, but he's not sure specifically what to do.

He decides to try an approach suggested by a consultant:  Hold a meeting of a cross-section of lawyers in a single practice group to ask them what changes would help them. This is a good way to gather ideas. It's also a way to talk to the group about the benefits of greater efficiency – improved profitability through lower write-downs and write-offs, happier clients and better lawyer morale. Of course, the chair of the group has to be brought fully on board at the outset. Conducting an idea-gathering meeting has the further benefit of gaining the group's buy-in for whatever initiatives are ultimately pursued. They will think of the initiatives as something they helped build.

Keeping the participants engaged in implementation of the initiatives further reinforces their buy-in. It also helps make them disciples of change, who can work at bringing along their colleagues in the field.

These steps are part of the necessary “people talking to people” that changes social behavior. Some other strategies for effecting change in a law firm are described in my earlier series of posts on “Using psychology to improve practice efficiency.”

We will check in with Keith at a future point to see how he's doing at getting his “slow ideas” accepted.

Just because a great idea doesn't take hold by itself doesn't mean it's not worth expending serious effort to implement. Ideas that don't provide an immediate benefit to the participant tend to require a major social push to become established, even if the participant will ultimately be among the idea's main beneficiaries. Changing culture and norms requires significant time by lawyers talking to their colleagues, which can be harder for lawyers to do than for other people. This lawyer reluctance to reach out socially means that firm leadership may have to make an extra effort.