An expensive lesson for the chairman

“It's been a year and $100,000. Now you're telling me we have to start over?” exclaims Keith Mayfield, chairman of an AmLaw 100 firm, to the director of the firm's IT Department and the head of the firm's Corporate Division, which is by far its largest lawyer group. 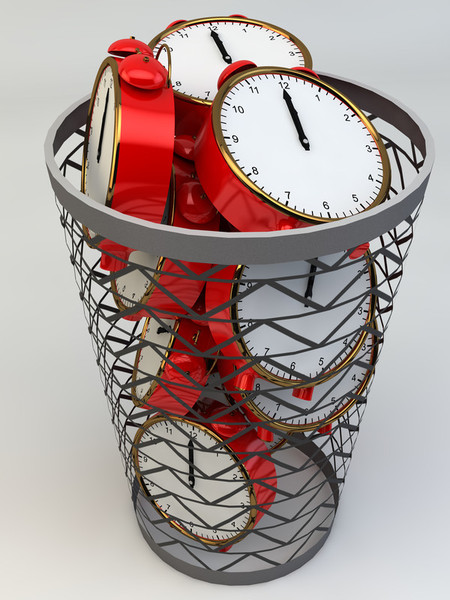 Keith is referring to a high-profile system being built to automate the semi-annual process of Corporate Division partners providing performance reviews of associates. The current system involves a very long weekend meeting of all 50 of the Division's partners, during which each partner shares with the entire group his or her views of each associate with whom the partner worked during the previous 6 months (over 150 associates). Various partners are assigned to take notes as the basis for performance reviews to the associates. After views are given, the partners engage in a group discussion of those associates who are within two years of a partnership decision.

The new system is intended to allow the partners to type their views on-line in advance of the meeting, using numerical ratings on structured questions as well as free-form comments. A summary, organized by associate, is then compiled automatically and distributed to the partners in a binder for review in advance of the meeting. The goal is to shorten the weekend meeting dramatically by limiting the review collection aspect of the meeting. Under the new system, that discussion need only resolve conflicts among the comments previously submitted. That allows partners to focus their discussion on partnership prospects of associates.

In the end, the system was late and over budget. The worst part was that in pilot testing the partners hated using it and said they would probably ignore it if it were introduced.

“The lawyers kept changing the requirements on us,” explains the IT director.

“The system couldn't adapt as we evolved how it should work,” replies the Corporate Division head.

During a painful postmortem, the following facts come to light:

How it should have been done

Three important conclusions can be drawn from the postmortem:

The issues surrounding collaboration of lawyers and the IT Dept. are further discussed in my prior post “Lawyers and technologists – aliens or allies?”

What the firm does next

Having learned an expensive lesson and spoken to a consultant, Keith sends the head of the Corporate Division back to develop paper questionnaires for the partners to use at the next semi-annual meeting. That process will introduce the partners to the culture change and, if it's successful, immediately improve the efficiency of the meeting. Paper lists of matters on which each associate worked during the review period would be distributed to the partners with the questionnaires. Administrative assistance will be arranged to compile the partner summary binders manually. Depending on how well the manual system works, the next step could be automation, or a revised version of the manual process (such as changes to the questions) at the subsequent semi-annual meeting.

Keith also asks the Corporate Division head to work with an IT Dept. project manager after the meeting to prepare a write-up describing the manual process that was followed. This will be used as the starting point for the actual business requirements of the automated system, which will further developed through interviews the IT Dept. will have with the Corporate Division head and a handful of other partners.

Finally, Keith instructs the director of the IT Dept. that he is responsible for imposing discipline on the process, including monitoring scope changes, timeline and budget, and raising issues as appropriate with the head of the Corporate Division and, if necessary, with Keith himself.

All kinds of projects can benefit from this approach

There are any number of law firm situations that can benefit from the principles Keith's firm learned the hard way. Lawyers regularly come up with new initiatives that are, in the lawyers' minds, closely coupled with automation.

For example, a practice group may decide to collect experience data about its matters, such as type of matter, industry, special features of the matter, amount involved, completion date, etc. Part of the proposal may be to create an on-line input form and flexible database with sophisticated reporting capabilities.

Applying the principles described above, the project should start with a Word or Excel questionnaire that is competed and e-mailed to a central administrator, then retyped and stored in an Excel spreadsheet. After the questions are finalized through use of the system, after the lawyers accept the culture change of completing the questionnaire at the end of matters and after other kinks in the process are resolved, it would be time to consider building a more robust automated version. In the mean time, the data can still be accessed through the Excel spreadsheet, which has sorting and filtering capabilities that should be adequate for many purposes.

Another example is the development of a legal project management tool, such as one that assists in creating budgets or in tracking actual performance against budget. Following the principles described above, the tool should first be developed based on manual processes that rely only on common software with which the lawyers are already comfortable and that can be used out of the box with no software development, such as Excel and Outlook. After the lawyers have adapted to the significant culture change associated with using the tool, and after the workflow and other inevitable changes to the process have been resolved, it would be appropriate to consider developing a more sophisticated automated version. The cost of extra administrative assistance during the manual phase will be more than offset by the savings in software development costs and speed of completion.

Before trying to automate a business process within a law firm, the process should be developed through manual means or using common electronic tools that do not require programming skills, such as Word documents, Excel spreadsheets and e‑mail. This avoids imposing a culture change on resistant lawyers as part of introducing the automated system and greatly improves the efficiency of developing the automated system itself. The automation project should follow a disciplined approach that employs written business requirements, scope and budget monitoring and reporting to senior people.