How to improve law firm efficiency? Pt. 2 – Ask the lawyers about priorities, but don’t ask them to help

In the previous post, Keith Mayfield, chairman of an AmLaw 100 firm, pursued an initiative to improve the efficiency of his firm's practice groups. Based on the basic law firm economic model (discussed in an earlier post), Keith knows greater efficiency leads to increased revenues and profits per partner, even using an hourly billing model.

In the previous post, Keith spoke to one of his lateral partners and a consultant about holding lawyer meetings to produce practice efficiency suggestions. That gave him a good idea about how to gather and interpret suggestions to improve the efficiency of specific practice groups.

In this post, Keith asks his consultant how best to prioritize this potentially long list of lawyer ideas.

In the previous post, Keith heard about holding lawyer meetings to produce practice efficiency suggestions. Keith realizes that a list of efficiency improvements gathered from lawyer suggestions, even from only a few practice groups, would likely be rather long. He asks his consultant how to prioritize the list. 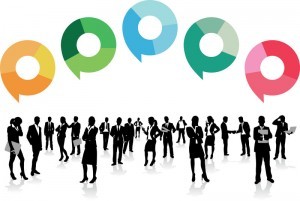 The consultant advises Keith to start by asking the lawyers themselves to rank the requests they believe will bring them the most value. This is best done at the same meeting where the suggestions are gathered. First, draw up all the suggestions into one large list. Then go through each one, asking for votes from all who believe a particular suggestion is in the top three in terms of value. The three suggestions with the most votes are the ones the group believes to be most valuable.

Rank suggestions by value and difficulty

After getting value input from the lawyers, Keith's consultant advises that the firm should assign a difficulty rating to each suggestion. Some suggestions will be very difficult – those involving major effort by many lawyers. Some will be easy – for example, training initiatives. Some will be medium difficulty – those involving major effort by just a few lawyers. Cost should also be a factor in the difficulty rating. A project requiring significant consulting fees or software costs should be ranked with a higher difficulty. A five-point scale for value and difficulty rankings is a useful approach.

The final prioritization analysis is subjective. There will likely be more suggestions than can be pursued at one time. Start with the higher ranked projects in the value/difficulty prioritization discussed above. From those, it would be desirable to have a mix of projects that advance the overall agenda to create change – for example,

How to turn the ideas into reality

Keith decides that conducting working group meetings to gather lawyer suggestions seems eminently do-able. He has in mind as meeting moderator a partner in the corporate group who lateraled several years ago from a firm Keith admires. That partner has an inclusive and friendly manner, and has made several good suggestions to Keith recently regarding practice improvements. In fact, it was that partner who got Keith thinking about these meetings by telling Keith they were conducted at his previous firm.

Before kicking off the initiative, though, Keith wants to get a better handle on how implementation would work.

Keith's consultant starts with cautionary advice. In building practice efficiency solutions, avoid this paradox:  Lawyers will not adopt a solution they didn't create. Lawyers will also not take the time from client work to build a solution. The trick is to make the lawyers think they are creating the solution, without actually relying on them to do it.

A lawyer should oversee the implementation 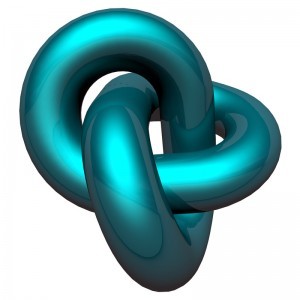 Asking the lawyers to list their problems will assist in getting their buy-in for the solutions. Involving the lawyers periodically along the way will also make them feel like they created the solution. The actual work to build the solution, however, will need to be overseen by someone who understands how the firm's lawyers work but is not currently a practitioner. This person could be a dedicated internal lawyer who no longer performs client work, a practicing lawyer who is temporarily taken off client work (with assurances of protection for compensation and career advancement), or an outside consultant with practicing lawyer credentials.

Lawyers should otherwise not be counted on for implementation

Practicing lawyers have personality traits that make them ill-suited concurrently to address client needs and assist internal non-client initiatives. The strong tendency of the lawyer personality is to give absolute priority to client work. Only when the lawyer has no pending client work – generally a rare occurrence – will he or she devote time to an internal non-client project. Because the need to meet billable hours quotas is not the main reason for this behavior, giving hours credit for an internal project will usually not solve the problem. The special personality traits that make lawyers challenging subjects for conducing practice management projects are discussed in a prior post. (Welcome to my blog for law firm leaders, Pt. 2)

The rest of the team will not be practicing lawyers

In most cases the solution will require a team of people – a technology platform may need to be built or configured after lawyer needs are known, a substantive training program may need to be designed, or a change in lawyer workflow may need to be implemented. Most of the team members will not be lawyers. The essential element is that the work of the team be supervised and coordinated by someone with the viewpoint of a practicing lawyer. That person must be sufficiently senior to bring a seasoned perspective. The role could also be performed by a mid-level lawyer or former lawyer working full-time on the project, who is supported by a more senior lawyer spending part of his or her time on the project. A consultant with senior lawyer credentials could also do it. In all cases, a partner should be charged with ultimate supervision.

The solution should be piloted with small groups of practicing lawyers. If it's a flop, better to find out with a small group than with the entire practice group or firm. Lawyers will tend to discount any solution that's not close to perfect. If it's only 80% complete, better to learn that with a small group and add the remaining 20% before the full group sees it. If it's a huge success, better to have favorable word of mouth spread from the pilot stage and build demand even before the roll-out.

Decide how to involve the practicing lawyers

Keep in mind the paradox that practicing lawyers won't accept a solution they didn't create, but also won't work on a solution. Involvement of lawyers in the project is essential at the design stage. Ideally one lawyer can be proxy for the interested lawyer group for most of the necessary design discussions. Perhaps one or two design discussions will also require an additional small group of lawyers.

During implementation, the lawyer overseeing the project may be the only lawyer with significant involvement. At various points during the project other lawyers should also be consulted to confirm that the approach being followed works for them. However, their involvement should be episodic and kept to a minimum.

The goal for lawyer involvement is to use the minimum required to get the necessary input and the necessary buy-in. Keith's consultant concludes by reminding him that we want the lawyers to think they built it, without depending on them for any real work.

After listening to his consultant's advice, Keith has another big question. How exactly should the supervising lawyer and the non-lawyers organize themselves to create the appearance for the lawyers that the lawyers have built the thing, but without asking the lawyers to do real work? In the next post, we will learn the advice Keith receives.