How to improve law firm efficiency? Pt. 3 – Make a plan that minimizes dependence on lawyers

In the previous two posts (Parts 1 and 2), Keith Mayfield, chairman of an AmLaw 100 firm, pursued an initiative to improve the efficiency of his firm's practice groups. Based on the basic law firm economic model (discussed in an earlier post), Keith knows greater efficiency leads to increased revenues and profits per partner, even using an hourly billing model.

After speaking to one of his lateral partners and a consultant about lawyer meetings to produce practice efficiency suggestions (Part 1), Keith has a good idea about how to gather, interpret and prioritize suggestions to improve the efficiency of specific practice groups. Keith also learned from his consultant the best mix of people for the team and the general approach to turn those suggestions into reality (Part 2). In this post, Keith learns specifically how to implement those suggestions. 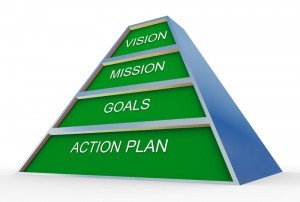 Keith's consultant starts by emphasizing that before starting work on a particular project, the firm should create a written plan for the project that contains these basic elements:  scope of the project, budget, people resources required, groups within the firm who are interested in the outcome, timeline and success metrics. These will be discussed below. Each project should have its own plan. Creating a written project plan, and the elements of the plan, are basic parts of project management, but frequently overlooked in law firm projects with lawyers.

There are many benefits to a written plan:

The first part of the plan should define scope of the project, describing the problem to be solved and summarizing the overall project. A paragraph or two for each is sufficient. The project summary should include a description of what a successful outcome looks like. The successful outcome definition will help the team determine when the project is actually done.

Success metrics are important and often overlooked. For some projects they could be quantifiable goals – reduce the time it takes a lawyer to accomplish a specific task by X% – but in most cases they will be more subjective. For example, success could be determined based on a telephone survey of selected lawyers about the effect of the project on their practice. If the project involves creating a new technology system, usage statistics about the new system could be part of the success metrics. Usage tends to correlate with usefulness.

At first, listing the people resources will be a guestimate. As the project progresses, needs can be refined. For non-lawyers on the team, it is desirable to avoid over- or under-committing people. For example, a team member should not be asked to devote only 5% of his or her time to the project. The person will not be sufficiently engaged. Conversely, a team member should not be asked to commit more than 25-50% of his or her time. If the person has so few other responsibilities that they can spend a majority of their time on the project, it's time to question whether their primary job is really needed at the firm.

List the groups within the firm who have an interest in the project. This will typically include not only the individual lawyers for whom the project is being established, but also senior management and other groups who may have ongoing responsibilities to make the project work.

These stakeholder groups will need to be consulted at appropriate points in the project to gather their input, set their expectations and get their buy-in.

The initial budget may be a fairly rough estimate. There will often be a tradeoff between using exclusively internal resources and getting the project completed quickly. In making this tradeoff decision, consider whether there are external pressures dictating a certain timing, such as competitor firm capabilities or demands of a current or prospective client. Get budget approval before the project starts.

Unlike some business projects, most law firm practice efficiency projects cannot be subjected to a traditional return on investment (ROI) analysis. Though costs can be quantified, benefits often cannot, even though they may be quite real, such as general lawyer efficiency improvements. Inability to perform an ROI analysis doesn't mean there should be no financial accountability for the initiative, though. Instead,  a breakeven analysis should be considered.

For example, consider a $100,000 project that seeks to improve overall efficiency of a 100-lawyer practice group in Keith's firm. Assume the firm wishes to break even within one year, and that it also plans to reduce current billing rates by 5% to further enhance competitiveness in addition to the already lower fees from completing the work more efficiently. Assume also that the firm will be able to attract sufficient additional work to maintain revenues at current levels. Let's say in this example the firm's calculations show that the project would have to improve the group's overall efficiency by 10% to achieve the desired results (in other words, to generate additional profits in one year that would offset the project cost) . This analysis allows a judgment to be made about whether it is reasonable to expect a 10% efficiency gain from the project. If that breakeven point seems readily achievable, then it makes financial sense to proceed. 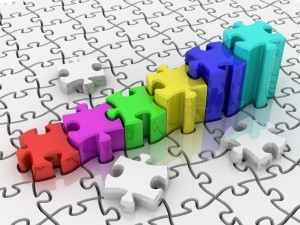 This part of the plan will evolve as work proceeds. In the initial stages it may be fairly fluid. As the project gets fully underway, the timeline should be broken into two versions, the original timeline and the current estimate, in order to establish a sense of how far behind the original timeline the project is falling, so that consideration can be given to bringing in additional resources or cutting back the scope to speed things up.

The timeline should also identify dependencies:  If one step cannot proceed until a prior step is completed, that should be noted.

Focus on people and process. Even if software deployment is part of the project, focus on how the lawyers can be persuaded to use the software, what information will be needed to produce the desired result, how that information can be collected (given that lawyers will not gratuitously contribute), and how to change the way lawyers work to achieve best results for the project.

Roll it out gradually

It is far better to test the new project with a few practicing lawyers, make adjustments, test with a wider group, adjust further, etc. than to roll it out to a big group and have it rejected for problems that are relatively easy to fix. There won't be a second chance with a large audience of lawyers. If they try it once and don't like it, overcoming their initial impression will be very, very difficult.

A handful of cooperative lawyers should be asked to test it and give feedback. They should be told they are merely testing. The system will not be expanded until their feedback has been addressed. This starts to create the buy-in process and provides useful user input.

Once ready for real use, the system should be given to a small group. The hope is that they will generate good word-of-mouth, so that other lawyers ask for it. A system that's pushed on lawyers will have a lower acceptance rate than the same system that they ask for.

Include education and marketing

Lawyers hate change, even when it's for the better. They also hate going to training. Implementing a new project pushes against both these obstacles. Regular marketing efforts by senior leaders of the relevant practice area will be essential to acceptance of the new project. Repeated training, including one-on-one visits, should be part of the plan. A one-time training session will almost never be enough, even if the project involves only new procedures and no new software.

After a broad group of lawyers has been using the new process or system for a while, test it against the success metrics that were established as part of the project plan, as previously described. Using these metrics and the subjective views of users, re-evaluate whether the system is producing the desired results and is being sufficiently used. If not, consider whether the problem is the way the system functions or user training/awareness. Even successful projects are more likely to show slow and steady growth than immediate adoption.

If new software is involved, usage statistics can be informative. Ways to gather them should be built into the design of the system.

Resources should be allocated for

Even a good system needs to evolve with the firm's practice and the needs of users.

Some of the planning principles described in these three posts are mere common sense. Others may be less intuitive. The main message is to ask the lawyers what they want and give them a sense of involvement, but don't rely on them to make anything happen.

Getting the right people involved in the planning, design and piloting is probably the next most important principle. Those people should include the lawyers for whom the system is being designed – but only the bare minimum should be asked of them. A senior lawyer must lead the effort, however, and devote meaningful time to it.

The other key principles are to write down the scope of the project and get agreement from stakeholders before work starts. Also, prepare a budget and try to perform a breakeven analysis.