Fees are up, but profits are not – what’s happening?

A recent American Lawyer article described a study* showing that AmLaw 200 firms saw significant fee increases from major clients in 2012 and 2011 over the prior year. Yet the AmLaw 200 financial surveys by the same publication show profits increased only modestly in 2011 (2012 not yet being available). How can this be?

The study also showed hours were flat year-to-year, but that doesn't explain why the profit trend didn't follow fees. 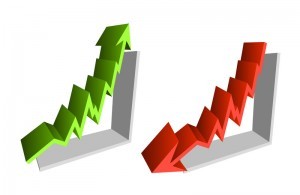 Scope of the study

The American Lawyer article reported in late December 2012 on a study using data from TyMetrix, a law firm electronic billing company with a major market share. The study looked at fees billed by 180 of the AmLaw 200 to 37 substantial companies during the first two quarters of 2010, 2011 and 2012. (The most recent data being from the second quarter of 2012.)

Results of the study

In interpreting the TyMetrix study, we will make two assumptions:

Fees are billings not collections. The American Lawyer article doesn't say whether the fee statistics in the TyMetrix study represent fees billed or fees collected. Given that TyMetrix is primarily a billing platform (although it does offer an accounts payable module), it seems most likely the study focused on fees billed.

Fees to the 37 companies are representative. Also, because the TyMetrix study covered only 37 (albeit large) clients of the AmLaw 200 firms, it is possible that the fees billed to these clients are not representative of the law firms' financial results as a whole. For example, fees billed could have increased because the AmLaw 200 firms experienced increases in their work for these 37 clients, but decreases in work for their other clients, netting a smaller overall increase in billings than shown by the TyMetrix study. While fees from the 37 companies represented only about 2% of the AmLaw 200's revenues in 2011, 37 is still substantial enough a number of companies that it would be surprising if fees from those companies weren't generally representative of the overall fee picture for the AmLaw 200.

The basic law firm economic model can help focus on the variables relevant to explaining why significantly higher fees didn't lead to corresponding increases in profits in 2011 over the prior year. This model applies to all professional services firms employing time-based billing:

The model continues to be valid for law firms, because hourly billing remains the predominant approach among AmLaw 200 firms, at least for now.

Revenues in the Average Realized Rate calculation in the model are actual collections – in other words, fees billed times realization rate. The TyMetrix study indicated fees were up (which as previously noted we are assuming means fees billed, not collected) but number of hours billed was stable. In order for profits to be up less than fees billed, one of two things must be true:

The other three metrics

If ARR went up more than profits, then either Leverage, Margin or Utilization went down.  That means either the associate/partner ratio went down, expenses increased more than revenues or the number of lawyers increased without a commensurate increase in hours billed. It's not likely that AmLaw 200 firms added lawyers in the current economic environment, so Utilization is unlikely to be the explanation. We should focus our analysis on the first two metrics, Leverage and Margin.

Analysis with multiple variables and educated guesses and assumptions substituting for holes in the data can be taken only so far. Recent American Lawyer reporting of early AmLaw 200 results for 2012 suggests that profits are up much more substantially than in the prior year (as are revenues). What is the explanation? It is difficult to imagine that the deleveraging trend reversed. It is also difficult to imagine that expenses suddenly have dropped significantly.

Are lawyers working even longer hours (higher Utilization)? Have realization rates improved? Have firms found ways to raise rates and make them stick (ARR)? When the full American Lawyer AmLaw 100 and 200 reports for 2012 are issued in the coming months, it will be instructive to see what metrics in the law firm model drove those results, if in fact the early reports turn out to be representative of the full group. Even more interesting will be trying to figure out whether the results are due to actions taken by law firms to make fundamental changes in the way they operate, or whether the firms are merely benefiting from improvements in general economic conditions.

*    Access to the linked publication (American Lawyer, Dec. 20, 2012) may be restricted for non-subscribers.