Can profitability be gamed?

Keith Wetmore, former chairman of Morrison & Foerster, raised a very fair point after reading my prior blog post: Is matter profitability smoke and mirrors? (June 30, 2014). He noted that I omitted something important.

That post explored issues regarding expense allocation and other judgments in calculating profitability at the matter level, as well as whether partner disagreement with those judgments could undermine their acceptance of matter profitability as a metric and possible ways to improve that acceptance. In the case study used in the post, matter profitability was at first being provided to partners on an information-only basis alongside realization (billings) and realization rate (percentage of standard rates collected on a matter), but in a few years would be used instead of these metrics as a key metric driving partner compensation. 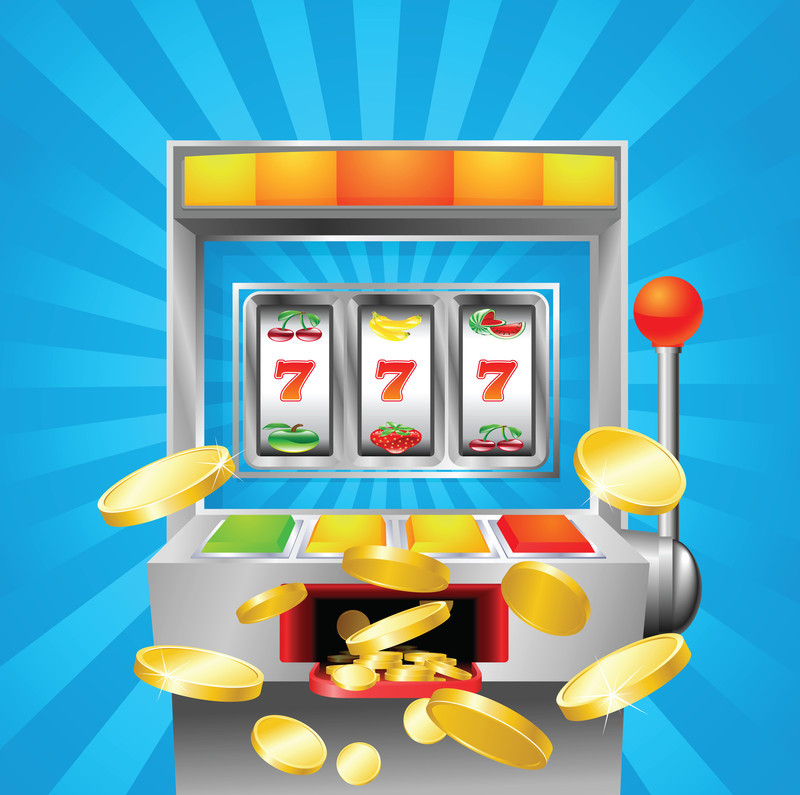 Assuming a firm is using matter profitability as an analytical tool to drive decisions about what matters to pursue or take on, today's post explores the further question of tying partner compensation to profitability.

What is matter profitability?

Profit of a matter equals the revenues (fees collected) for a matter minus the direct and indirect expenses relating to the matter. Direct expenses include an allocation of the salary and benefits of the attorneys working on the matter. Indirect expenses include allocations of firm overhead, such as lawyer occupancy cost, book and electronic library subscriptions, technology infrastructure costs, malpractice insurance premiums and costs for administrative staff. In concept, the sum of profits for all matters in a year equals the firm's total profits for the year.

Realization, a very common metric in law firms, is the amount of the fee actually collected, in other words, the revenues for the matter. Realization rate is the percentage of standard rates actually collected, after negotiated discounts, write-downs before the bill is sent and write-offs after it is sent. Realization and realization rate measure only revenues. Matter profitability takes into account not only revenues, but also expenses. It therefore reflects the effects of partner-associate leverage and efficient staffing, which realization does not.

Let's restate the case study from the prior post. In the restated case study, an AmLaw 100 firm has been using matter profitability as a diagnostic tool for years. Keith Mayfield, its chairman, is weighing the pros and cons of using matter profitability as a key compensation metric for partners. The firm's current system is based on a subjective mix of factors, with the only objective factors in the mix being realization and billable hours. Partner behavior is driven mostly by the objective factors, because those factors are clear. Therefore, whether or not compensation is in fact mostly determined by realization and billable hours, that is what the partners believe.

Pros and cons of tying partner comp to profitability

Changing partner compensation is disruptive and potentially destabilizing. Changing the partner compensation system can be disruptive and can distract the firm from more important strategic issues, especially if the existing system is regarded as working. As with many changes, the law of unintended consequences will apply. Those consequences could be sufficiently severe that major damage is done to the fabric of the firm and to partner relationships before the necessary adjustments can be put into effect. This concern applies to any compensation system change.

The metric may come under attack. Once partner pay depends on profitability, they may start to question and reject the various allocation assumptions in the model, such as the way general firm overhead is allocated. The result may be a rejection of matter profitability not only in the context of the compensation system but also for purposes as a diagnostic tool. 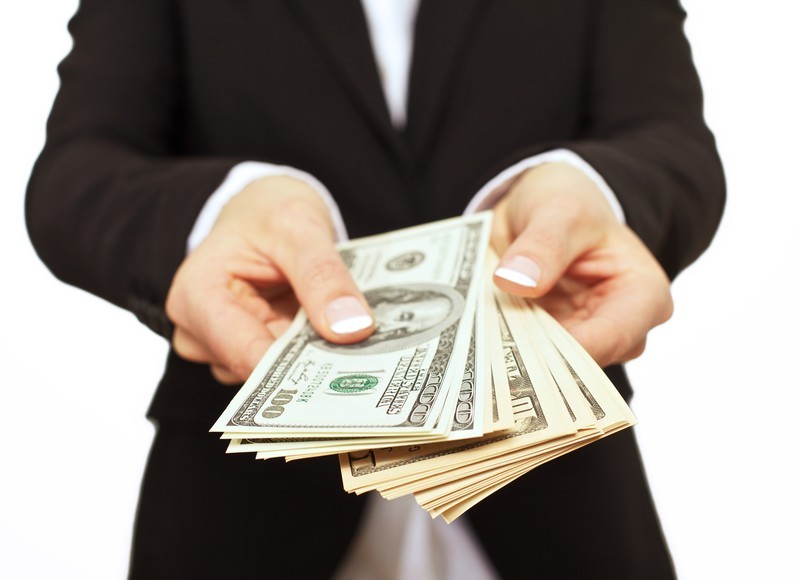 For example, partners may claim it is unfair to allocate certain firm overhead, such as library and subscription services, to classes of matters that generally do not involve significant amounts of research. Partners in smaller offices may claim they should receive a lower allocation of firm overhead because they benefit proportionately less from firm services than the main office or larger offices.

Partners may game the profitability model. As former Morrison & Foerster chairman Keith Wetmore noted, lawyers, being smart and rule-driven, will find a way to manage to the model, in other words to game it. The more complicated the model, the more opportunity for distortion, and profitability is more complicated than realization and billable hours.

Determining a partner's “matters” is too subjective. This is a red herring. Determining which matters to attribute to which partner for purposes of computing profits attributable to a partner may be complicated. Should profit be credited to the billing partner? To the supervising partner? Should it be allocated between them in some way? These are but a few of the questions that arise. They are not different, though, than the questions already faced by firms that credit billings to partners. Perhaps the crediting methodology should be changed, or perhaps it works fine. But the answer should be the same whether the metric being credited is profits or realizations.

Model assumptions may distort results. In the prior post, the model used the firm's targeted annual hours for an attorney in allocating his or her salary and benefits to the matter, rather than the attorney's actual annual hours. This prevents the lesser-working attorneys from being more expensive, which would be counter to improving their utilization. This approach, however, means that the sum of profitability for all matters will no longer equal the firm's total profits. In the most problematic version of this distortion, a practice group could actually be unprofitable because of many underutilized lawyers, yet the sum of profits for matters in the group could be positive. It's easy enough to fix this by switching to actual annual hours when computing profitability of a practice group, but how can that be done at the individual partner level without reintroducing the perverse incentive to avoid staffing the non-busy lawyers on a matter because they are more expensive?

The profitability model doesn't take into account important synergies. Partners in a low-leverage practice, such as tax advisory work, may be unfairly penalized because important synergies with other practice groups, such as M&A, are not taken into account in the matter profitability model. Similarly, lawyers in a particular office or who do certain types of work for a particular client may have low matter profitability, but are not being recognized for very profitable work performed by other lawyers that comes to the firm only because of the low-profit office or low-profit work for the client.

Changing compensation systems is possible. Short-term pain may be justified by long-term gain. The challenges of transition can be managed by properly socializing the change with the partners to get their buy-in, reporting on the new metric years before compensation is tied to it, making adjustments during that phase and then introducing the metric as a compensation factor gradually over several years.

A firm should, of course, defer a compensation system overhaul if it needs to address more pressing issues, such as mapping out a new strategic direction to adapt to the current law firm economic climate. One major change at a time is all that most firms should attempt.

Partners will perform according to the way they are compensated. Even law firm partners are generally rational beings. They'll do what they're financially rewarded for. If they're paid based on realization and billable hours, those are the metrics they'll pursue. In the pursuit of realization, they may agree to discounts more readily or take on fixed fee matters that are unprofitable, placing more pressure on the new intake gatekeepers. In hard times, partners may hoard work to achieve their billable hours targets, writing off some of those hours if the client pushes back on fees, even though the firm (and clients) would be better served if the work were delegated to the lowest-cost capable lawyer and the partners spent their extra time prospecting for new work.

To change or not to change

Whether to mess around with a firm's partner compensation system is a very serious decision. A firm must weigh the pros and cons applicable to its particular situation to decide whether the potential benefits are worth the risks. A firm that believes its compensation system is broken may have an easier time making the leap than one that would be trading stability for several years of distraction or, in the worst case, internal strife. A firm with a successful tradition of lock-step partner compensation may conclude that the incentive for teamwork and sharing fostered by that system outweighs the cost of free-riders and that the latter can be addressed by management actions, at least in the extreme cases.

How tightly to tie compensation to profitability

If a decision is made to change compensation systems, the further question is how tightly to tie partner compensation to profitability, or to any other metric. In a firm where individual partner business plans are the norm, with both subjective and objective compensation goals that vary based on the partner's individual situation, it may be an easy decision to employ the matter profitability metric as an element of some of the partners' plans. Keith Wetmore, the MoFo former chairman, advocates individualized goal-setting for partners, noting that matter profitability might be in the mix for some of them.

On the other hand, a firm where all partners are rewarded formulaically based on the same metrics may be more hesitant to change systems, especially if the existing metric is simple, such as realization and billable hours. Chances are, though, the partners in that firm are already gaming the current system. A partner can spend unnecessary hours on a matter, then write them down before billing the client. In most firms, write-downs don't reduce an individual lawyer's billable hours. Or the partner can take on unprofitable work to keep billings up, with the expectation that the firm's new matter intake system is not sophisticated enough to block the matter. Claiming credit for billings, yet another way to game the system, is a sport in some firms. I have to wonder in these cases whether the firm, assuming it can't change to the individualized system advocated by Keith Wetmore, wouldn't nevertheless be better off realigning its metrics to incentivize profit-producing behavior, despite the effort that will require.

Thanks, Keith, for setting the other Keith straight.