This is Part 1 of a two-part series. In this Part 1, the Chairman of a growing AmLaw 100 firm learns that its practice group intranet sites are outdated and unused, contributing to inefficiency, uneven quality and bad associate morale. He comes to the conclusion that the fix must be led by the practitioners, not the IT Dept., and starts down the path of making that happen. 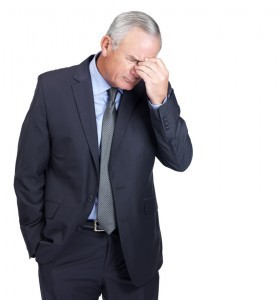 Keith Mayfield, Chairman of an AmLaw 100 firm, is dismayed. He has just finished a meeting with his chief operating partner, who raised a problem with the functioning of the firm's practice groups.  A review of how the groups operate revealed that associates feel lost within most groups:  They are unsure where to find practice resources, unaware of current developments, inattentive to training opportunities and lacking a feeling of community. Even many partners feel this way, especially laterals.

Delving deeper, the review revealed that the practice group intranet sites were by-and-large not being used, readily confirmed by a review of usage statistics kept by the IT Dept. The main reason, discovered through associate interviews, turned out to be that the content was stale. There were generally no lawyers charged with maintaining the sites. Names were assigned, but the responsibility was not taken seriously because practice group leadership did not press the importance of the sites or hold the content maintainers accountable. Associates also complained that the sites, which had been established a decade ago, were difficult to navigate and not invitingly designed when compared to current web sites. The review also identified other causes of  disaffected associates in the practice groups, but fixing the practice group intranet sites is something the chief operating partner believes can be addressed right away.

Keith recognizes the opportunity the practice groups are missing by not emphasizing their intranet sites. As the firm has grown and become more dispersed, by adding offices and bringing in lateral partners, it has been a challenge to maintain practice group cohesiveness. Associates in particular are accustomed to acquiring a sense of community through virtual tools. Keith decides on an initiative to overhaul the practice group intranets.

Keith speaks first to his IT Director. Keith learns that the Director is well aware the practice group intranets have fallen into relative disuse, and understands the reasons to be stale content and bad design. The Director, in fact, is frustrated because, as he correctly points out, the solution must be driven by practice group leaders, yet the IT Dept. gets blamed for the problem.  The Director adds that he could easily redesign the site, but without lawyer involvement regarding updated content and where it should be placed in the site, the site would still fail and the effort would be wasted. To Keith's pleasant surprise, the Director welcomes Keith's initiative.

Keith also speaks to his head librarian, who makes some specific helpful suggestions, offers the library's support and concurs that the solution must be driven by the practice groups.

Keith decides to start with a pilot program in one practice group. The pilot approach has worked well with other initiatives. It allows a failure to be quiet, and a success to build momentum and buy-in through good word-of-mouth. Lawyers will cooperate better on a project they've requested and helped shape. Practice groups that request a new intranet site after the success of the pilot group are themselves likely to be more successful because they are more vested in the effort.

The firm's commercial real estate group would make a good pilot group, Keith decides. The group is dispersed across many offices and has brought in quite a few lateral partners in the past few years. Despite those challenges, it has been successful in expanding its work and achieving very good profitability. Importantly, Tony, the chair of that group, has been pressing Keith to support more active management of practice groups – addressing new business, staffing and lawyer evaluations – as compared with the historical role of subject matter coordination in the firm's practice groups. Keith believes Tony will be enthusiastic about the intranet overhaul initiative. 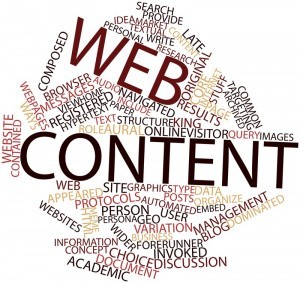 Keith, Tony, the IT Director and the head librarian agree that the key to success is to establish a system for creating current and relevant content, and that the content-creation function must be run by a lawyer. Keith is not at this point prepared to authorize the hiring of a dedicated, non-client-facing lawyer for this function. He does, however, support Tony's idea of assigning content responsibility to a rising senior associate, providing billable hours credit for intranet content work and making content work an element of the associate's performance review to the same extent as client work. The position of content manager for the practice group would report to the practice group chair and rotate every few years.

The hope is that by assigning the job to associates who ultimately become partners, not only will the work quality be high but also the job will gain respect. Tim nominates Carlos, a fifth-year star associate in the New York office, as the group's first content manager. Keith agrees to support Tony in protecting a portion of Carlos' time for this job by intervening as necessary with other partners. Keith also speaks directly to Carlos about the importance of the new position. Carlos is interested, expressing concern only that he will be pulled in other directions by partners. He is relieved to hear that Tony and Keith will help protect his time, though realistic enough to know that he will still be working longer hours.

Keith and Tony decide first to inventory the commercial real estate group's existing internal practice resources, whether or not electronic. These include:

To this Tony adds a list of external resources the group relies on, including paper publications, electronic subscriptions and web sites.

The next post will describe the remaining steps taken to establish the real estate group's new intranet site and will review the results of the group's efforts.